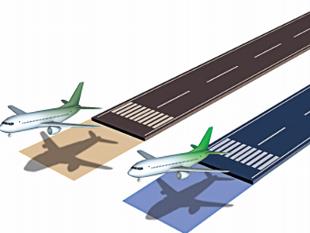 NEW DELHI: After providing initial approvals to six airlines to operate national and regional passenger services since coming to power in May, the new government has issued a no-objection certificate to a Delhi-based company, MSD Aviation Pvt Ltd, to launch a cargo carrier.

"The airline will now have to apply to the Directorate General of Civil Aviation for a permit," a senior civil aviation ministry official said. Getting an NOC is the first step towards launching flight operations. MSD Aviation now has to apply to the aviation regulator for an air operator's permit, complete all necessary requirements and satisfy the DGCA of its capability to operate.

The company is in the business of leasing flight crew internationally, according to information on its website. An executive at the company said it could share its plans only after getting a formal approval letter from the ministry.

Welcoming the move, an analyst said the government must also support the segment by creating the necessary infrastructure. "There should be infrastructure in place to allow swift movement of cargo at airports across the country and last-mile connectivity for these goods," said Vishwas Udgirkar, senior director for Deloitte in India.

There are many companies in India that are dealing in high-value and low-weight products like mobile phones and they would prefer to transport their products through air cargo, he said. "These companies are ready to pay a premium, if it assures quicker transport of their goods." The aviation ministry official said civil aviation minister Ashok Gajapathi Raju Pusapati believes that Indian carriers do not have much of a say in the air-cargo segment in the country.

"The minister wants the Indian carriers to carry a large amount of cargo from India and wants more and more cargo airlines to start and this approval is a step towards that direction," said the official.

Indian operators do not have a strong presence in carrying cargo from India. International carriers account for about 80% of the cargo business out of India.